After taking a shortcut through most of Kansas, we landed smack dab in the middle of the biggest city in Colorado. Denver’s sea of concrete and skyscrapers (sort of) was a shock to our sensibilities after a month and a half of riding through small-town America. 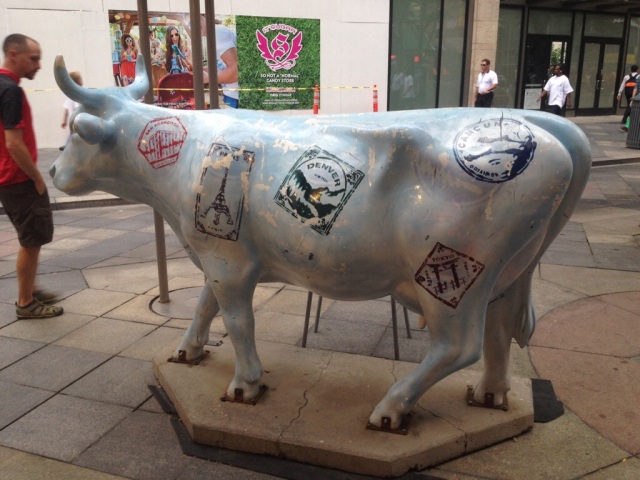 We felt a little overwhelmed by the people and the dense crush of civilization, but we were happy that the city was incredibly bicycle friendly, with ample bike lanes and motorists who were mostly aware of bikes and courteous to us. Initially, we had a hard time finding somewhere to stay the first night that would also accept Petunia. Out of exhausted desperation, we splurged on a pretty nice hotel (our first hotel stay) as the day was ending, and we got a great night’s sleep. 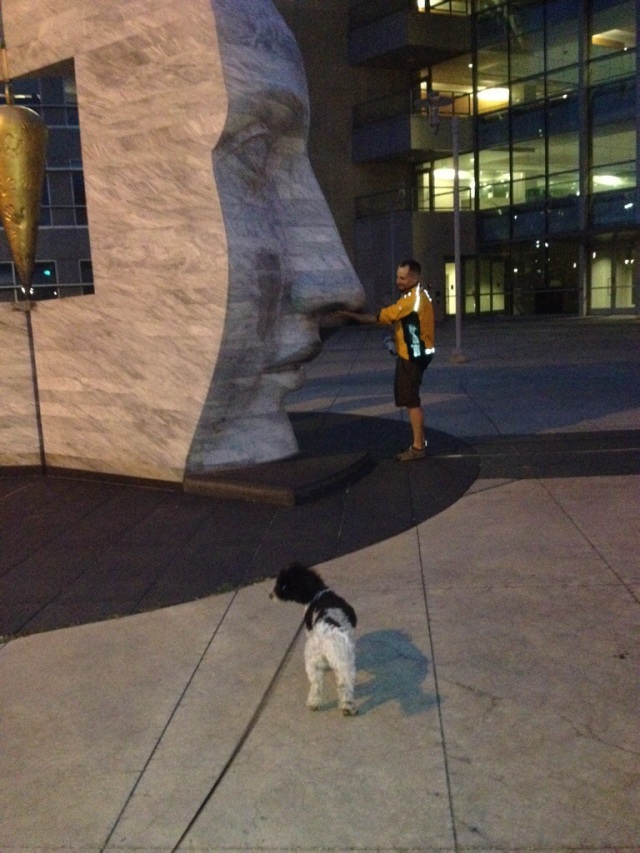 It was hot in the city, but we had fun exploring. A local guy and TransAm cyclist, Drew helped us out and Petunia made a friend.

Then we contacted Jessica and Jon on Warmshowers, and they graciously let us stay with them in their beautiful Washington Park condo, fixed us beautiful breakfasts, and let us stay another night when Greg woke up feeling under the weather the next day. Even their sweet hot dog Maggie was totally cool. 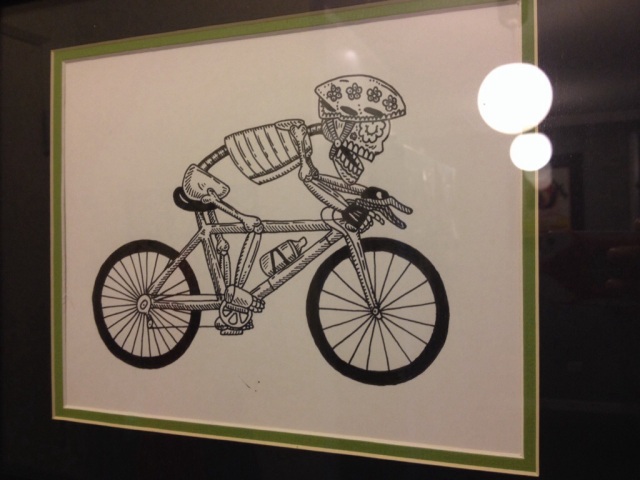 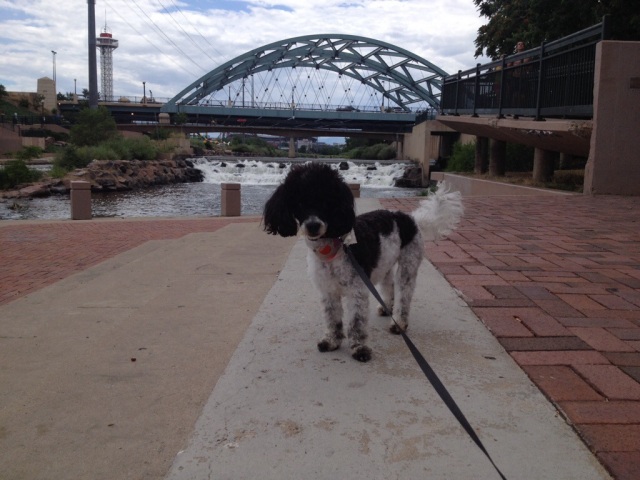 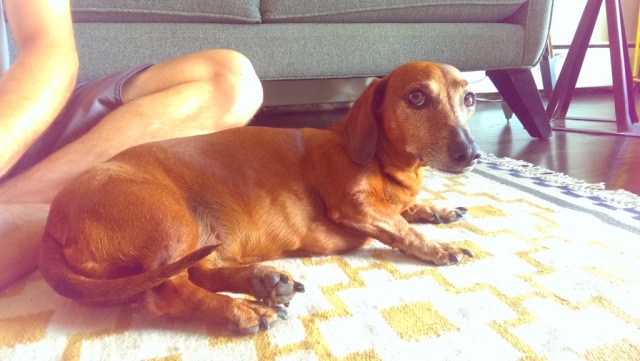 Jessica even gave us two free passes to visit the Denver Botanical Garden while Tunes luxuriated on the bed all afternoon. There was a gorgeous Chihuly exhibit on display, imbuing the natural beauty with a Seussian surrealism. 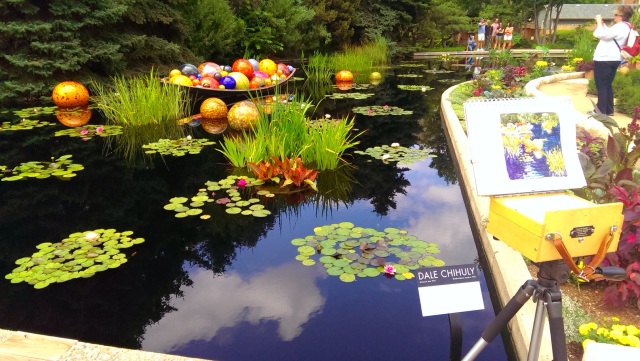 A doctor back in Pittsburg, Kansas suggested that I should take some time off to take the pressure off my hand a bit. Another doc in Denver that Jessica recommended agreed. It’s starting to look kind of creepy and claw-like. Greg pointed out that there was some resemblance to this plant we saw in the garden. The left hand can’t make a cup shape or cross my fingers, or pinch things. 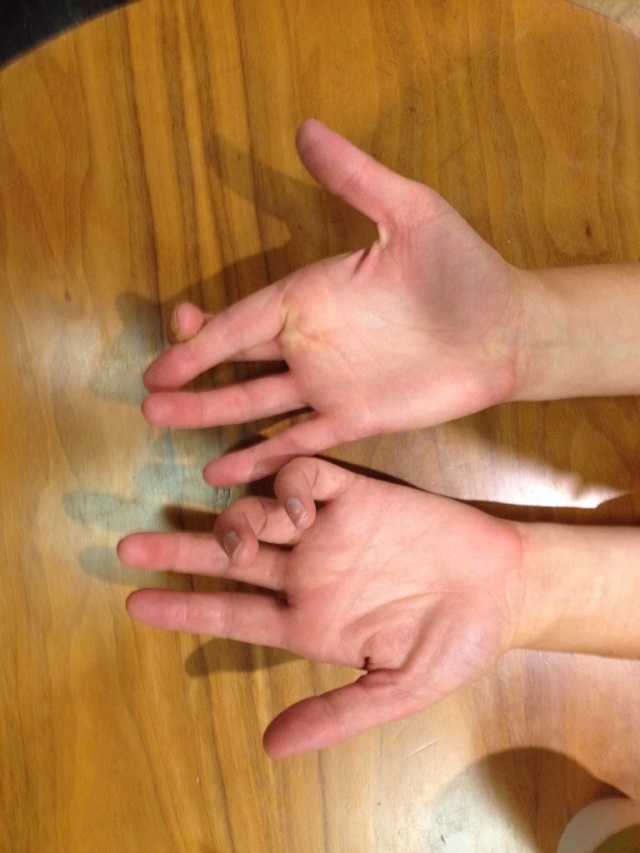 Denver was a nice place to rest. We all got haircuts, and to avoid spending a few days in bike shorts, I bought an inexpensive summer dress and treated myself to some primping. 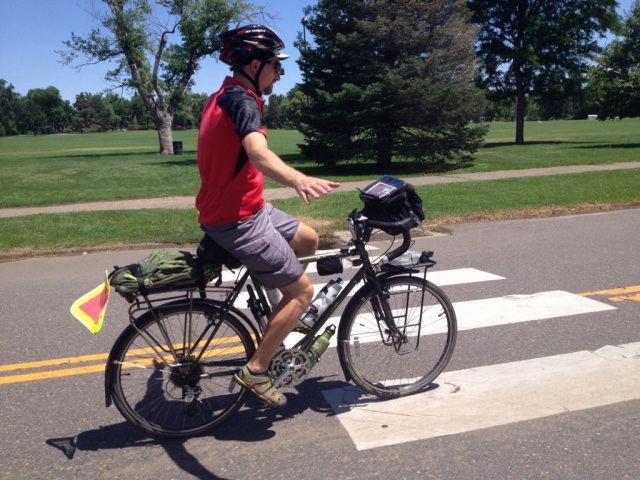 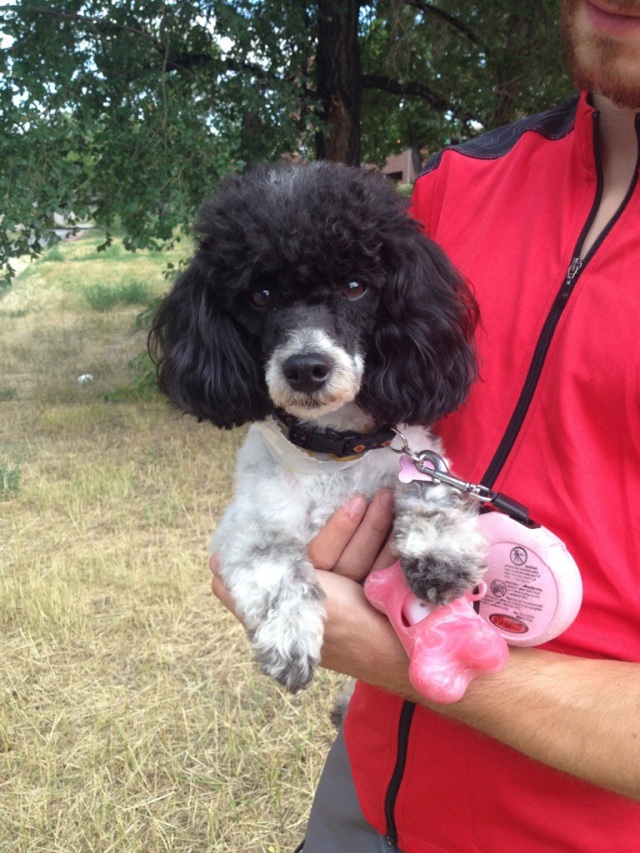 While cruising around the city and trying to determine how to get out of Denver an back on the TransAm route, we met a local counselor and cyclist named Michael who enthusiastically recommended that we ride through Rocky Mountain National Park via Trail Ridge Road. He even went back to his office to pick up a map to give to us. We were excited for the challenge an the promise of spectacular views.

But first, we needed to rest up before the journey. My Uncle Mike and Aunt Patti generously put us up in a comfy hotel! Uncle Mike has been an awesome “pit crew” all the way from Connecticut, sending me weather updates, route suggestions, geography and local history as we go! Getting cheered on by family and friends has made me feel so supported and loved. Thanks again! 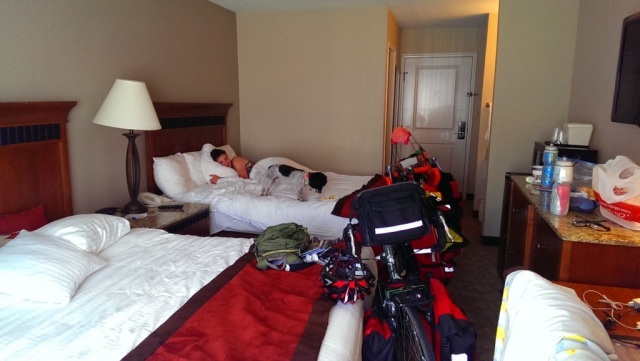