From MA to NH

I’m convinced there’s not a better way to start a day of bicycle touring than with puppy kisses, and the warm smell of sweet, homemade waffles coming puffing up and off the griddle in the morning. Tom made the batter from scratch using eggs fresh from the happy chickens in their handmade backyard coop. Kathy and I talked about her work as a technical writer and interest in creative writing, and she showed me a funny video of their corgi, Bryn, being introduced to a realiasticallly scaled metal corgi statue, in which the live one olfactorily greeted the replica in the usual dog manner.

Pedaling away just a mile or so down the road, I noticed Tom’s turquoise car pulling to a stop just ahead of me, and he hopped out to give me a few things I’d left behind. The memory of those nearly-lost items made me recall that I’d also left my quick-drying scrubby washcloth behind as well, which had been very useful, and so I pedaled back to retrieve it as well. Such a kindness was greatly appreciated– I started off with a paltry number of relatively good-quality clothing items and equipment, and even though losing some things here and there wouldn’t end my journey, I’ve had to laugh at myself for ruminating on such oversights when I left things behind on my last adventure. Like, let’s just say for example, a newly purchased pair of good quality lightweight hiking/walking shoes now sitting at the bottom of a mountain somewhere in the Appalachians. I bought a pair of convenience store flip-flops that lasted across another half of the country, and then another pair when one of those went AWOL. This is why we can’t have nice things. 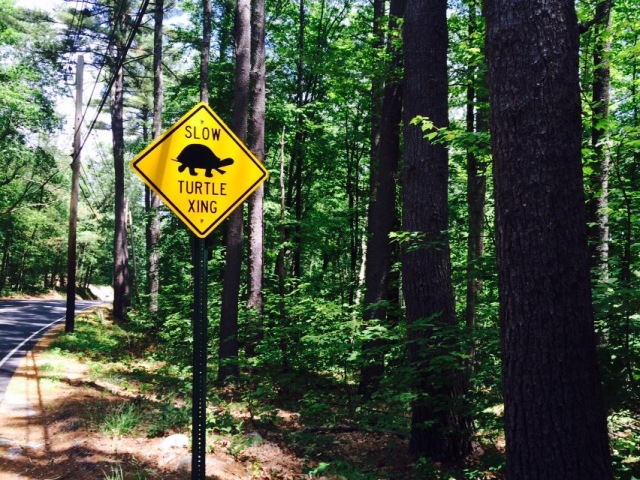 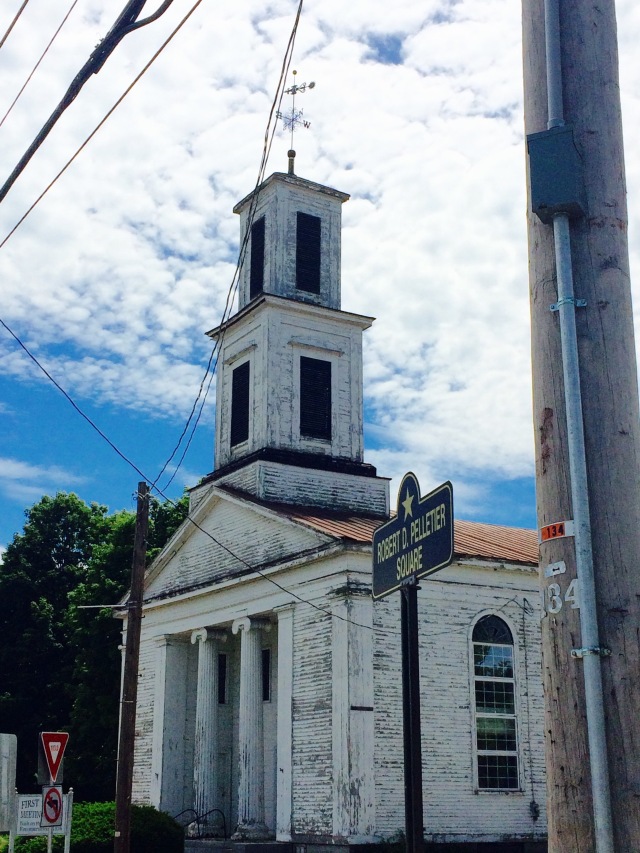 The weather was perfect for spending the day moving around outside: sunny, with an impression of a breeze, and a comfortable 70.º A soundtrack of classical music came in with nearly perfect reception on my little haldheld radio in the handlebar bag, and the Wagner and Rachmaninoff pieces were complementary to the woodsy tableau. There were not hills, only lumps, and I stopped a lot along the way so that we could both enjoy the sights and smells in the woods. A 7-mile stretch on the scenic Nashua River trail in Ayer meant time to slow down and go at Petunia’s pace, as she frolicked alongside in the shade of the canopy-covered soft gravel path. In the next town of Groton, a migration of double-file 5th-graders bounced down the sidewalk, waving and calling to me, pointing and gasping at Petunia. Including the chaperones and teachers in the line, all were dressed in revolutionary war costumes, including boys in three-cornered black hats and girls in white bonnets and blouses, solid dark-colored long dresses, very colonial New England-like. My route bisected their ant-trail like procession, and I smiled and waved back, an odd little parade.

We crossed the Merrimack River and passed the border into New Hampshire, our 7th state in 13 days of riding (plus 5 days of not-riding). 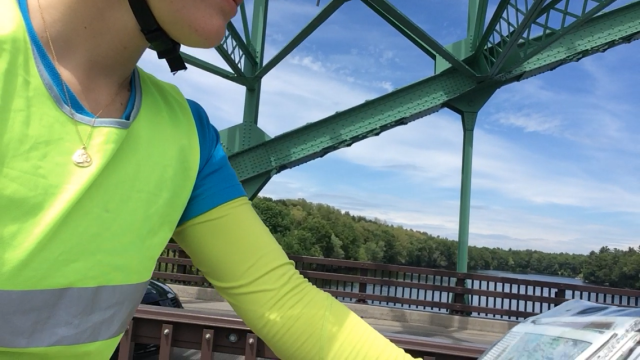 Petunia had a hot dog and puppy ice cream at a little spot just past the border, and we tookthe obligatory border photo, including the severest state motto ever.

Into the state towards Nashua, the traffic picked up a bit on the secondary roads without shoulders and road safety vigilance was commanding my full attention, constantly shifting my awareness from my rearview mirror to scanning the roads for potholes and glass to avoid, sizing up terrain and staying on top of the shifting, rather than let the gears get on top of me. 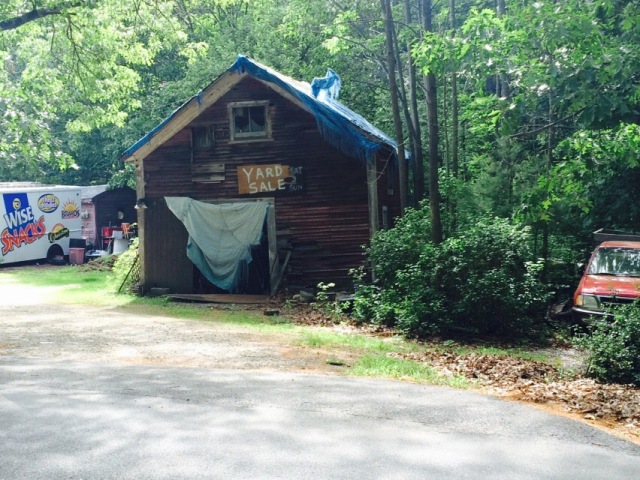 On the country roads to Derry and Kingston, front yards full of chopped, stacked wood were ready and actively being readied for home heating or doomsday, depending on the size of the yard. Home were alternately quite rustic to stately. Traffic got heavy close to Exeter, and later I found myself in Dover staying with a friend who lives in town not far from the college. There’s lots to do here, the weather’s fine, and I rode another 70ish miles yesterday, so it’s a great day to rest, do laundry, and let the pups play. Headed into Maine tomorrow. 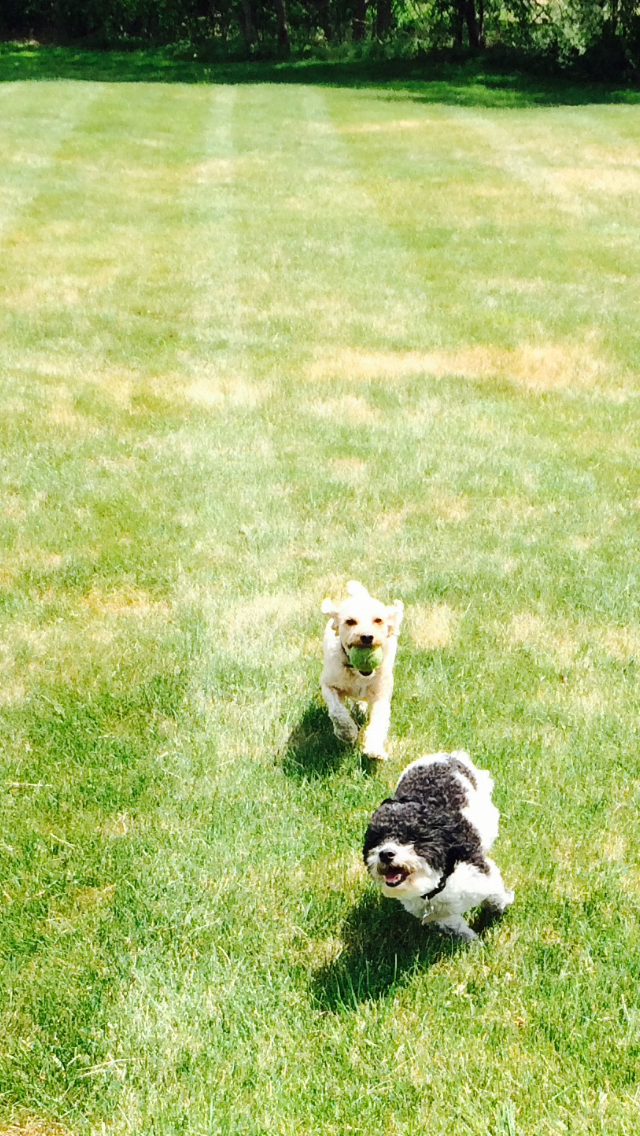