Leaving behind the oasis of Jeffery City, we headed to the young and hip Lander, which boasted free camping in the park, a workshop for women involved in outdoor adventuring called the “Get Out More” tour, laundry, a real grocery store so we could stock up, and a NOLS school and dried foods/bulk foods store that we enjoyed. The people at NOLS also gave us a free secondhand copy of their hiker cookbook so we could step up our camp stove game. 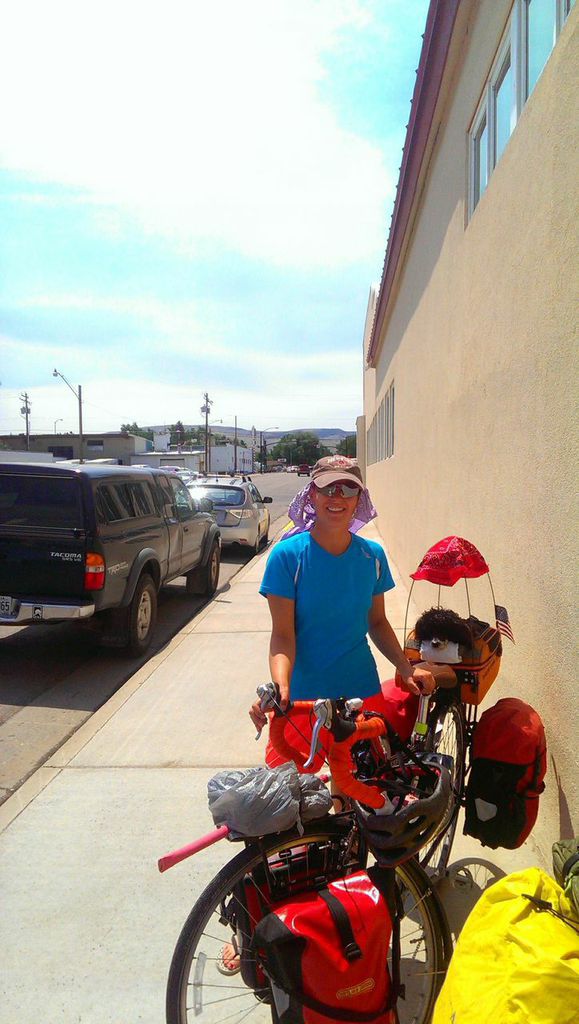 We met hiker and climber Larkin on CouchSurfing who couldn’t host us all, but let us have a nice hot shower and gave us some delicious local kale and eggs. We also met a group of about 20 cyclists on a cross-country working adventure called Bike & Build, a group that organizes trips that benefit affordable housing groups & they build houses along the way, like Habitat for Humanity. One traveler named Meghan was also from my home state of Connecticut, and she was super nice and loved that Petunia was riding with me. 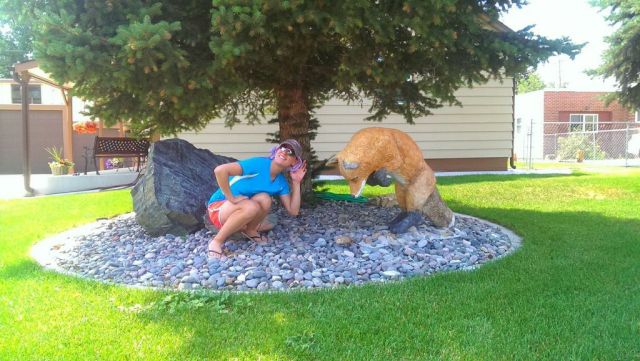 So, what DOES the fox say?

After a couple of days to decompress, catch up on errands, blogging, and enjoying Lander, we made a long day’s ride through miles of yellow fields dotted with the occasional cattle roaming in the distance and trees too far off to provide us with any shady respite from the sun’s intense burn.

I saw my first tumbleweed and practically leaped off my bike as I cheered it on as it bounced across the road. Finally, a sign that we were truly and without question Way Out West. 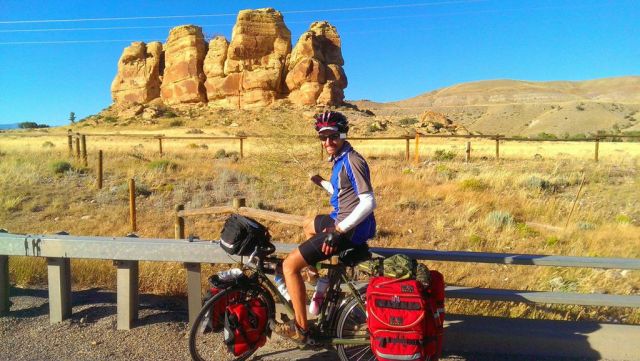 At the day’s end, we settled on the idea of staying in the town of Dubois for the evening, where we encountered our Bike & Build friends again. They were staying in the church in town, along with another cyclist, David, we’d first met back in Kentucky, and they offered to let us camp out on the lawn as well. We had a lovely evening chatting with them and cooking up some of that dehydrated NOLS soup goodness. We were hoping to catch up with them in the morning, but they were a crew of early risers (we heard their youthful enthusiasm, whooping it up to rouse the troops, as early as 4:45 the next morning, crying “get out of your tents! What is this, a circus?!”), and before we could shake out of our downy sleeping bag cocoons, they’d left. Meghan had quietly left us a sweet note and packed a lunch for us, which was incredibly touching. She texted me later, “we cyclists have to stick together.” True story! 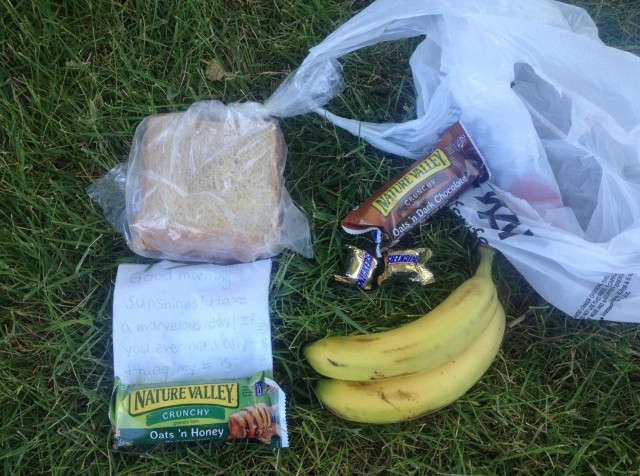 Her note reads, “Good morning, sunshines! Have a marvelous day!”

We had breakfast in Dubois and met a lovely woman, Angie from Bend, Oregon who was tickled that we had Petunia along for our journey. After we talked for a while, she invited us to her family’s home in Bend, Oregon, and we were so touched by her kindness and the offer of a cool big house “with lots of animals” where we were welcome.

The day’s climb over Togwotee Pass, elevation 9,500+, was not without reward– the descent was breezy and fun of course, but the peak rest stop yielded fields overflowing with wildflowers and a preview of the Grand Teton mountains! 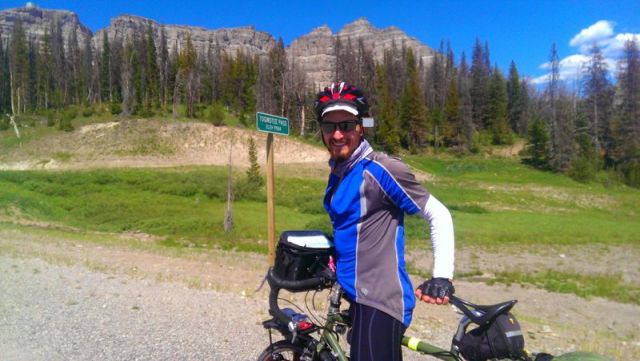 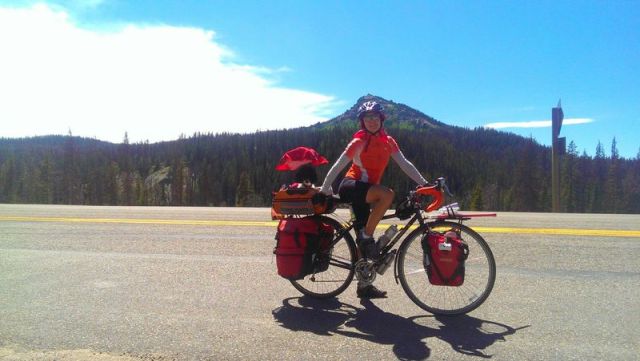 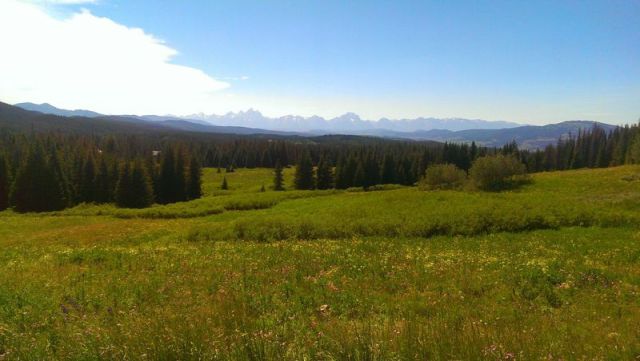 Petunia is an 8-year old Jackapoo (Jack Russell-poodle mix) who has traveled across the United States on the back of her human's bicycle.... twice. She's also cross-country cycled from Busan to Seoul, South Korea. Petunia and her human currently reside in Montana.
View all posts by TouringTunes →
This entry was posted in Wyoming and tagged bicycle, bicycle touring with dog, dog, Lander, WY, Wyoming. Bookmark the permalink.