Mud on the Tires

Posted on September 2, 2014 by TouringTunes

We were off to Ennis, Montana, to meet Couchsurfing hosts Metta and Jay. Metta was spot on as she cautioned us about the winds around Earthquake Lake, but we were not prepared for the gorgeous and haunting views ahead. Earthquake Lake was created in 1959 when a 7.5 magnitude earthquake triggered an 80-million ton landslide that caused a landslide dam on the Madison river, killing over two dozen people who were camping in the valley. The flooding left these huge ghost trees that still stand in the water, eerie and beautiful reminders of nature’s destructive power. 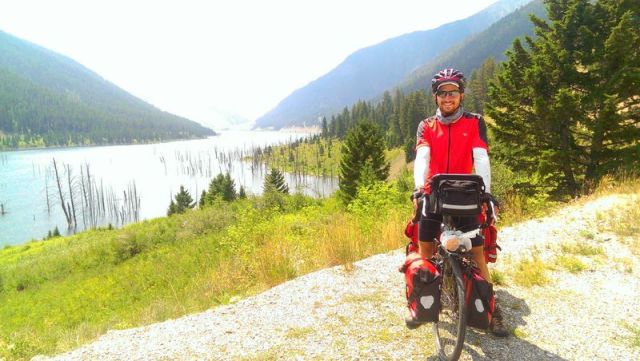 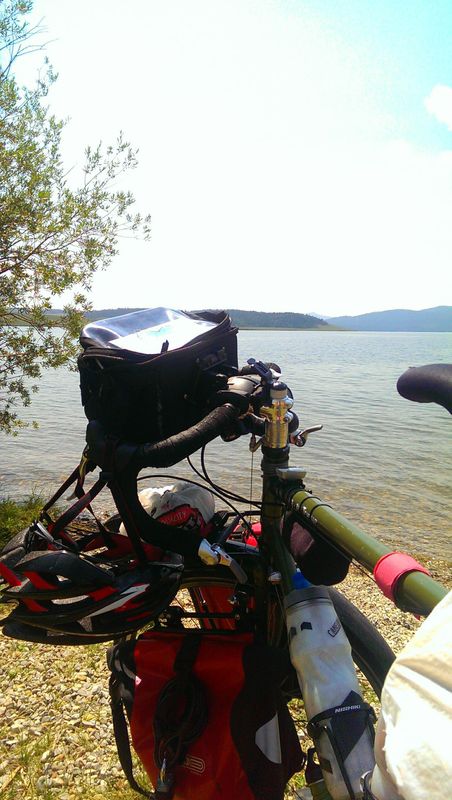 After some gorgeous riverside coasting downhill, we reached a flat and dry area that seemed to be the image featured on many Montana postcards, with the huge mountainous horizon running parallel to our route. The road to Metta and Jay’s home was rugged and steep, and we pushed our bikes up the loose-rock road and over old wooden bridges through a remote desert area as the day was ending. 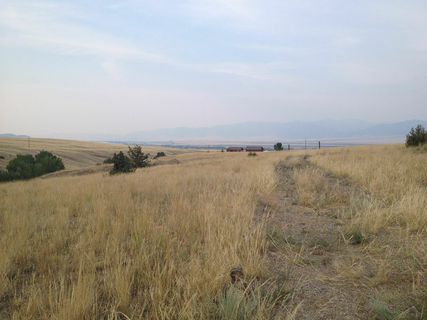 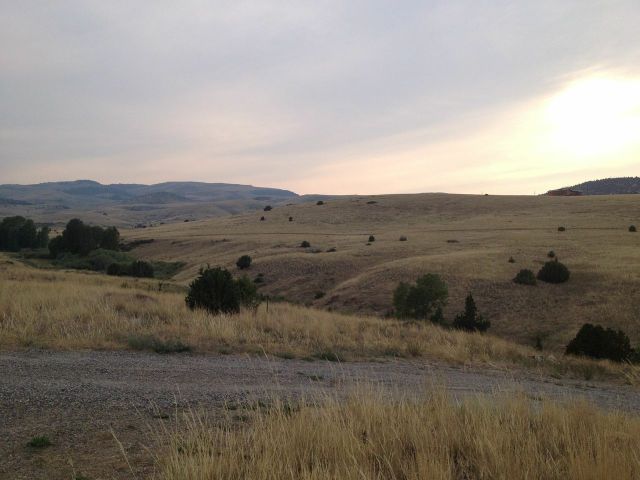 We were greeted warmly by this lovely couple at the entrance to their beautiful home, who were incredibly kind to the three of us. They prepared a delicious pasta dinner and shared their stories of travel and adventure around the U.S. and the world. In the morning, after a delectably deep sleep on a very comfortable bed, we were treated to homemade breakfast and, to Greg’s delight, a creamy specialty coffee made with ghee and coconut oil. Although our route map suggested we backtrack down the rocky road to take a 17 mile ride around Ennis, our hosts had previously suggested that other cyclists had taken a shortcut on an unpaved road that went up the mountains with breathtaking scenery that sounded hard to pass up. It was gray and drizzling as we prepared to set out on our 3 mile climb, but it seemed like a passing shower, and we said our goodbyes in our rain jackets. 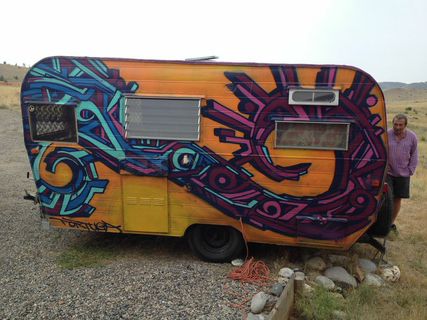 The climb was dazzling as promised, with sweeping views and challenging gravel and sand to ride over. Our tracks crisscrossed wildly, leaving paths that avoided big stones and deep ruts and ledges. We stopped quickly to make sandwiches for lunch, and the drizzle turned into rain. Undeterred, we climbed harder as the sandy road was getting damp and our tires were sinking in deeper.

We were a little over a mile away when we realized we literally could not pedal any farther. With each downstroke, the tires felt thick and heavy, and we realized the dampened dirt was quickly turning to a red putty, adhering to our tires and fenders, creating a dirty cake chasm of mud that prevented the wheels from turning. With some alarm, I hopped of my bike and tried to lift the front end, turn the cranks, and free the goo. I pedaled a couple of yards forwards until I came to an abrupt stop again. I took roadside stick and scraped the earthen plaque out again, and persisted in my climb. This time, I made it just a few feet before succumbing to the clay that was chalking my tires. Greg’s rig was becoming similarly encumbered. Still wanting to press onward, he dragged his bicycle 15 yards to the top of a small hill, and came back to help me lift mine, with Petunia still aloft, dragging the unmoving tires through the mud. To make matters worse, the mud was clinging to the bottoms of our shoes in 3″ platforms in a fashion unseen since the late 90’s a la the Spice Girls. 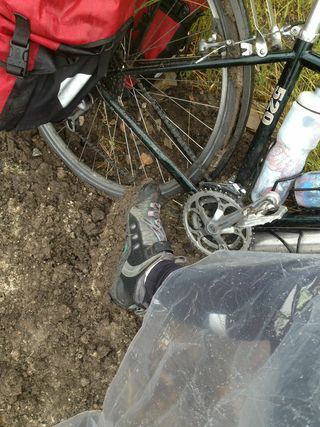 Realizing that our path had gone from light, playful, intersecting tire prints to sad, heavy sludge-ridden scrape marks, we realized we would not be able to pedal any further. We considered dragging the bikes one at a time up this steep slope for another mile, but realized we wouldn’t be able to pedal them even once we got to the top of the hill. Out of desperation, we called Metta and begged for a rescue ride. She graciously offered to come up with her Jeep and bike rack once she returned from her errands. Luckily, there was a beautiful home for sale where we stopped, and its thickly overgrown property suggested it had long been unoccupied. We sat in the Adirondack chairs on the covered porch with the million-dollar view for an hour, until our hero showed up.

We strapped the bikes in and headed back to her house, and even the Jeep had some trouble zipping around the tight, steep corners down the mountain. After a lengthy process of hosing down the bikes, the panniers, fenders, shoes, and vehicle, our sweet hosts invited us to their local hot spring pool for a chance to warm up and relax! What a gift! Soaking in the soothing hot spring, we realized we’d made the right choice to turn around, even though we weren’t too thrilled about this. Metta and Jay later told us about a hike they’d taken in Hawaii, in which they’d found themselves on a trail ledge that was suddenly muddy and receding into the ocean, threatening to pull them down the cliff and into the ocean. They shared the lesson they learned from the experience: “it’s never too late to turn around.” And we were grateful we did turn around– a nice, hot soak was so needed, and the locally grown food served in the hot pool was a luxury we didn’t have in most of the places we’d traveled. Petunia got to sleep on the comfy bed and enjoy some peace and quiet, and so the day ended blissfully, having been delivered from a muddy peril by our new friends and kindred spirits.

Petunia is an 8-year old Jackapoo (Jack Russell-poodle mix) who has traveled across the United States on the back of her human's bicycle.... twice. She's also cross-country cycled from Busan to Seoul, South Korea. Petunia and her human currently reside in Montana.
View all posts by TouringTunes →
This entry was posted in Montana. Bookmark the permalink.

3 Responses to Mud on the Tires